Talking from a slightly sketchy skype connection, was Coralie Winn the co-founder and creative director of Gap Filler, “a post quake project in Christchurch, New Zealand.”

The project began about “what we can do now in the direct aftermath in the earthquakes.” Talking about the quakes, Winn said “every place has its natural disasters, for us it’s earthquakes.”

“Our city will never be the same again.”

As a part of the necessary response after the earthquakes was the removal of buildings which couldn’t be repaired. As these buildings and rubble were increasingly removed, said Winn, the city was moving towards an “increasing sense of erasure” with various gaps and various vacant lots of land where buildings used to be. With 10,000 aftershocks, it’s been an on going trauma for the city.

Gap Filler was “started by creative people with no money who wanted to do something.” The first project was in a site which used to hold a restaurant and auto-technician, where Gap Filler created “a public space, a garden where people could come and eat their lunch. In the afternoons and evenings we had music, and we used the space to screen films.”

In the early days of the project, there was a lot of talk about the rebuild. Gap Filler was a way of showing that temporary use of space could also activate the city, and a rebuild didn’t need to be rushed through with “really crappy architecture.”

Winn also spoke about how the early 1900s Christchurch had the second highest number of cyclists per capital after Amsterdam, but it has since become car-dominated. There has been much talk in regards to the rebuild if the city will build bike lanes to again become more cycle friendly.

One of the most interesting projects Winn showed was Dance-o-Matic “addressing the fact that Christchurch has a huge dance community, but most of the dance spaces were lost because they were in old buildings.”

Unfortunately, Winn’s Skype connected fell through before the end of her presentation. Thankfully she was back online by the question time, where she spoke a bit about the relationship Gap Filler had with the local council. Beginning as a self-funded and volunteer ran project, they received seed funding from local council, both from Earthquake recovery money and from sectors of council working in sustainability.

“We show people by doing. Because we did a whole bunch of stuff it gave the council the ability to see what we could do, which lead to them giving us $50,000 and now we all have jobs instead of being volunteers.”

Winn found the city planners they worked with as “quite visionary,” and very aware of all of the red tape and bureaucracy councils must deal with. It has been good for the council, said Winn, to see themselves as enablers – the council wouldn’t have been able to take on the risks themselves. Similar to Renew Australia, Gap Filler has set up an organisation which can broker the relationships to create access to spaces.

In regards to creative recovery, she said: “What I think need to be understood or valued more is that arts and culture are actually part of the recovery,” not just surface ‘making it look pretty.’

Debra Jefferies spoke from Arts Victoria, a government agency that was part of the local, state and federal response to the 2009 bushfires in regional Victoria.

“Disasters are unimaginable events,” she said. “That also means the response hasn’t been imagined.” This means while other disasters and responses can be used to inform the response, each response needs to be driven by the local situations.

“People who survive are often exhausted, traumatized, but never short of creative ideas – particularly in the creative sector. […] You need to look at how you can supplement their energies.”

The Victorian Bushfire Reconstruction and Recovery Authority (VBRRA) was established to coordinate effort and planning. Underpinning their approach to recovery was community engagement, which was the space that Arts Victoria stepped into.

All major cultural venues became donation points; collecting institutions assisted with salvaging and reparation processes; Arts Centre, Melbourne Museum and MTC offered ‘respite days’ for families and children; Circus Oz and the MSO responded to invitation from impacted communities to visit and perform; and RAV and ACMI worked in the documentation of stories.

Two Arts Victoria staff were seconded to the VBRRA and the organisation worked on several projects, including a quick response grant round for creative recovery projects. Through working on this recovery, Arts Victoria has now developed a big “body of evidence” for how to approach these situations.

Carmen Mauk is the director of Burners Without Borders, which emerged from the Burning Man event, and the people who left that event in 2005 to help with the Katrina recovery in Mississipi.  There, they “found a Buddhist temple that had taken on water up to its attic, and a lot of artists came down, set up their tents and started a redistribution centre.”

Post the destruction, says Mauk, was a lot of corruption in trying to take over land. “There was a lot of condemning houses without the need to, so we knew if we created a solid community centre it would create the space for the community to grow and thrive.”

“We were able to do this because of the sensibility people were bring to this disaster.”

They started making art out of the debris, and helping members of the local community to do the same. On their final night, Burners Without Borders threw a bonfire. On this night, Mauk spoke of the catharsis people found when the could “take what they thought was trash around them, make art and then give it to the fire.”

In Pearlington, Burners Without Borders found kids were wanting to express themselves, schools weren’t open, there was nothing for them to do, and they started art classes.

On leaving, the organisation “left behind was a town sign also made out of the debris.”

“We thought it would help them belong and put them on the map.” 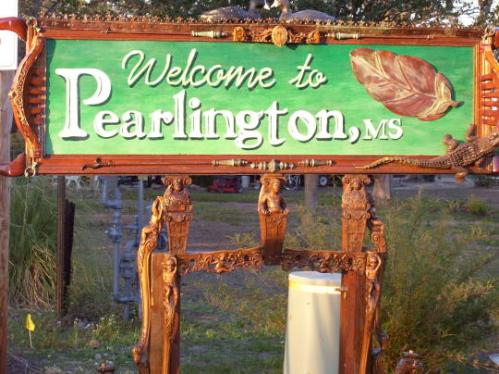 Subsequent projects they have done are all over the world. Their first international project was after the 2007 Peru earthquake, where “we thought it was important to bring some colour.”

“These kids did not have a lot of colour in their lives, and we wanted to create schools beautiful inside and out they were really excited about.”

“When we do our projects with children, that is a really good way to engage adults.”

For Mauk, though, it’s not only about disaster response: “Human begins need the same things in every situation, whether there has been a disaster or not.”

The panel was hosted by Scotia Monkivitch from Contact Inc, who briefly spoke about the National Creative Recovery Framework, which asks how do we start to be strategic, and acknowledged and utilised in creative recovery. The key values of the framework are: